The space between extremes 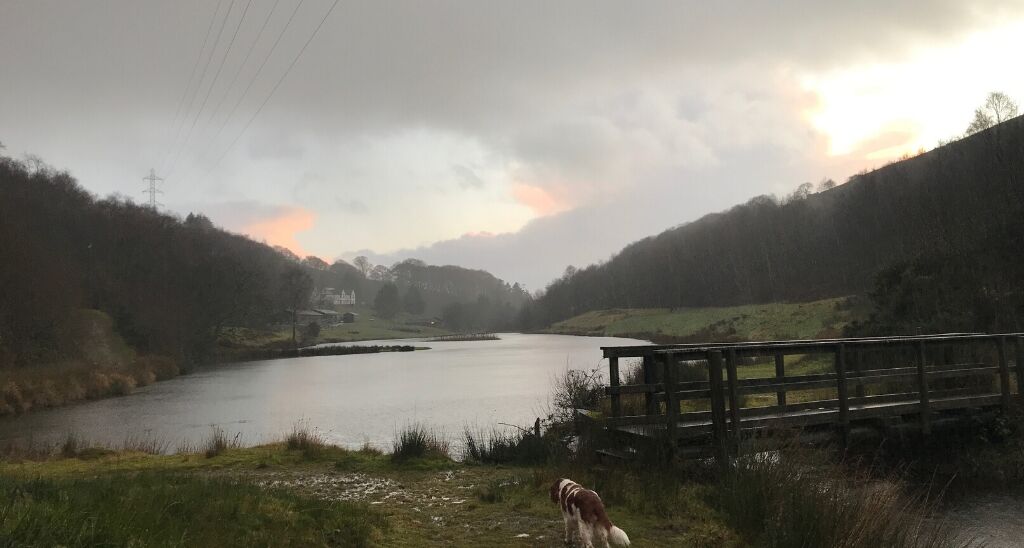 20 years ago Brian Keenan and John McCarthy published Between Extremes.

I loved this book both because it captured something profound about the depth of friendship and hope in a dark place so beautifully. And also because it recounted a journey beyond the boundaries of their physical constraints – and I love travel writing.

It was the parallel stories of their four-year incarceration in a Lebanese dungeon alongside their physical exploration of the High Andes and the barrenness of Patagonia some five years later.

However, the journey started in the place they were held hostage when all they had were some volumes of an old American encyclopedia. And without the certainty of getting out alive.

In that dark, confined space the words in the encyclopaedia enabled them to take a journey in their imagination. Beyond maps, and even beyond their understanding at times!

It’s a story of the reality of the moment. Told viscerally and with grace.

Our recent walk has been one of waiting in the moment.

Of being prepared to let go of the certainty of the future, and the constraints of the past, in order to be present.

It has been both liberating and scary in equal measure.

But one of the things I am learning is that between extremes can be a place of stillness. If we will let it.

TS Eliot captures some of that within the final stanza of Little Giddings, the last of his Four Quartets

Not known, because not looked for
But heard, half-heard, in the stillness
Between two waves of the sea.

He goes on to complete the picture in the final words of the poem:

Quick now, here, now, always –
A condition of complete simplicity
(Costing not less than everything)
And all shall be well and
All manner of things shall be well
When the tongues of flame are in-folded
Into the crowned knot of fire
And the fire and the rose are one.

Being between extremes can be uncomfortable if we succumb to the pull of both.

That is not inhabiting the stillness of the space, but rather being torn apart.

So it takes a different kind of choice to be in the moment.

It’s not a resignation, waiting for the two sides to battle it out, but rather choosing the third way of being and becoming.

This takes me back to John O’Donohue‘s blessing, which I have used before. But it’s so beautiful and relevant that I wanted to offer it again:

For equilibrium
Like the joy of the sea coming home to shore,
May the relief of laughter rinse through your soul.
As the wind loves to call things to dance,
May your gravity be lightened by grace.
Like the dignity of moonlight restoring the earth,
May your thoughts incline with reverence and respect.
As water takes whatever shape it is in,
So free may you be about who you become.
As silence smiles on the other side of what’s said,
May your sense of irony bring perspective.
As time remains free of all that it frames,
May your mind stay clear of all it names.
May your prayer of listening deepen enough
To hear in the depths the laughter of God.
Where is the space between extremes that you need to find and inhabit?

May you go well on your journey

Has been extraordinary. It’s been one of those weeks where I could not have anticipated the end from the beginning and all the waves in between. But it has been a rich week because we don’t grow unless we learn to stand in the middle of things and find the space to be still.