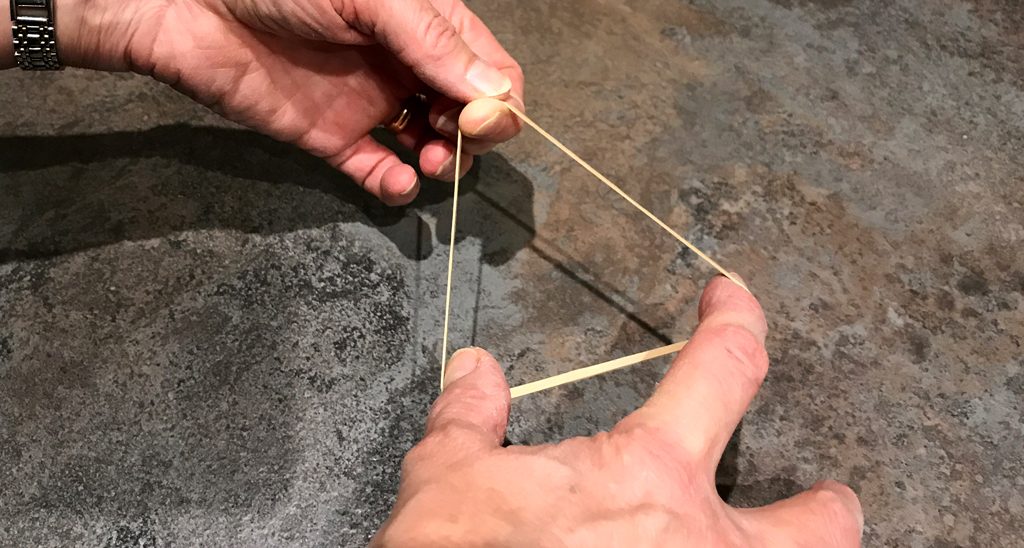 Metaphors or images that represent an idea are marvellous. They fire up our imagination without the clumsiness of words sometimes encountered when trying to describe something conceptual or novel.

So I wonder what metaphor comes to mind for you when you hear the phrase Quiet Disruptors?

During the week I’ve asked this question of several groups and received various responses: ‘Feather on water….; Gentle strength…; Water dripping into a pond…; The strength of an eggshell…’. Really delightful images that take us to all sorts of places.

It’s prompted me to reflect further on the core dynamics of Quiet Disruptors. Yes, there’s the paradox of being both quiet and disruptive – thoughtful changemakers. But this felt inadequate and only two-dimensional. Something was missing.

I had been using a third dimension of being counter-cultural, but that wasn’t working well enough either. For people I know who are wonderful examples of quiet disruption, it wasn’t just about being contrary. There appears to be something far more significant and meaningful that drives them.

When I think about Rosa Parkes and her refusal to give up her seat on a Montgomery bus. Or David and Clare Hieatt co-founding The Do Lectures, and Hiut Denim restoring jean-making to a small Welsh town. Or Eugene Peterson spending 26 years translating scripture into language that really connects today. These are all people whose disruption of the way things are wasn’t just for their benefit. And in some cases, it cost them dearly.

So maybe this third dimension could be about having strong and clear values that propel them toward a greater good?

If it is, then this also makes sense of the culture shift that surrounds them. The paradox isn’t just between quiet and disruptor, it’s also reflecting the apparent dichotomy between focus and openness. Because the change they seek is neither random nor self-seeking, therefore how they pursue it is both generous and collaborative. It isn’t about them, so it doesn’t matter what others think about them. Not really.

How does this sound to you? Does it resonate? I could really do with your feedback.

So back to my metaphor. Currently, my simple shorthand is a rubber band, stretched three-ways over the place where quiet, disruption and values meet. This creates a generous space for change, where Quiet Disruptors thrive and make their best contribution to the ongoing creation of the world (to paraphrase Rob Bell).

The challenge is how can we individually and collectively create that space?

We certainly need it.

Some of the threads of this reflection were prompted by my posts during the week. I hope they encourage and inspire you to find your voice and your way of being in a world that really needs you.

Monday: What have we stopped seeing?
Tuesday: Standing where it’s uncomfortable
Wednesday: A life well lived
Thursday: Bread lessons…
Friday: Who are the difference makers?